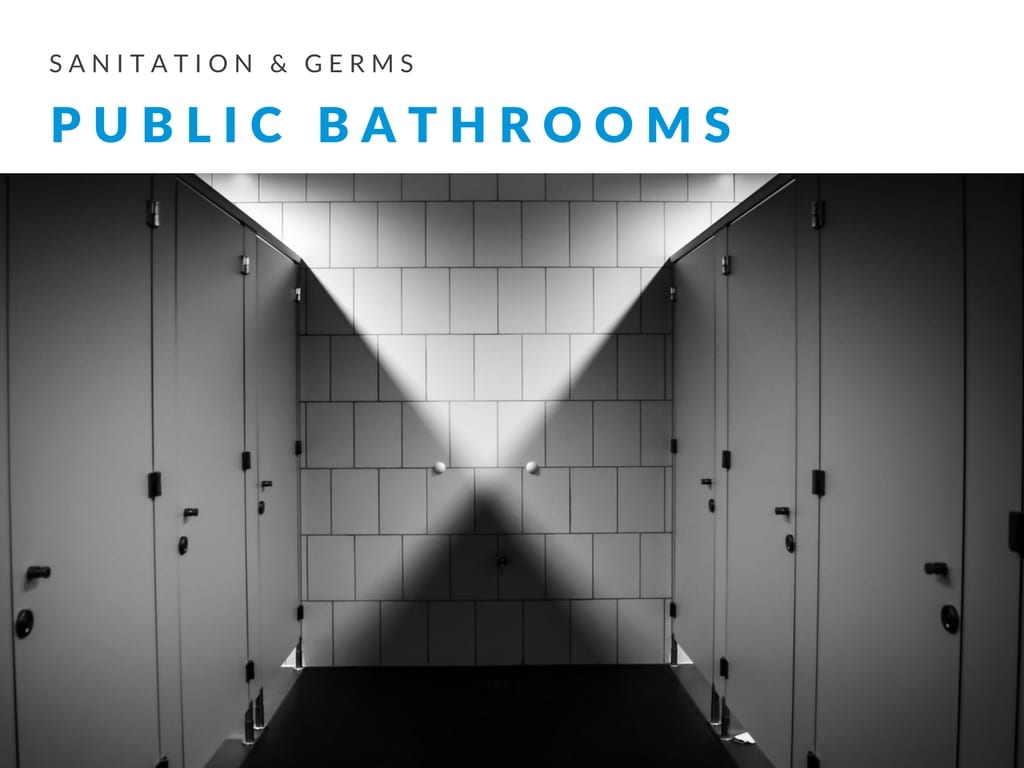 There are many myths about the public bathroom that stirs quite the frenzy, but are these tales of germ-ridden rooms true?

Much of this comes down to microorganisms, which conjure a terrifying image in people’s minds. But guess what- these microorganisms are everywhere humans are!

The current trend is towards limiting the amount humans may ‘touch’ in a bathroom- no handles, motion sensing soap dispensers, faucets, hand dryers etc. One survey concluded that, when manual use is necessary, 64% of people flush public toilets with their feet!

However, contrary to many germaphobic peoples’ worries, toilet seats are unlikely to transmit infectious substances. Dr. William Schaffner (preventive medicine professor at Vanderbilt) suggests that the predominant bacteria found on toilet seats are simple microbes of skin that are harmless.

Another worry is the lack of a lid, which may increase the risk of germs flying into the air. But this is often the least of one’s concerns.

Soap dispensers give peace of mind to many in public bathrooms, but actually a quarter of soap dispensers have coliform and fecal matter on them.

And while many people claim to be avid handwashers, research suggests that this is not the case. 56% of people say they do not wash every time, while just 32% wash while handling food.

Interestingly enough, a gender divide emerges with the use of handwashing prompts. In women, there is about a 50% increase, whereas the level stays relatively the same, even somewhat dropping, in men.

It seems that the paper towel is the most effective agent at tackling bacteria. Hand dryers are prone to simply spreading germs, whereas paper towels control the spread.

With the vast majority of people using their bathroom time to check their phone, inevitably there is contamination. Be sure to be careful handling anyone’s cell phone.

Despite all these factors, it is highly unlikely you will catch a disease from public bathrooms (including sexually transmitted diseases). They are no more harmful than home bathrooms, and as far as exercising caution, do so as you would in everyday life, no need for unnecessary fears.

If you have any fears about the sanitation of your own home bathroom system, call Kwik plumber Services today at 561-627-2244.